skip to Main Content
Menu
We are working hard to meet the meat, dairy, and egg needs of our community. Please email us to place an order or check availability. 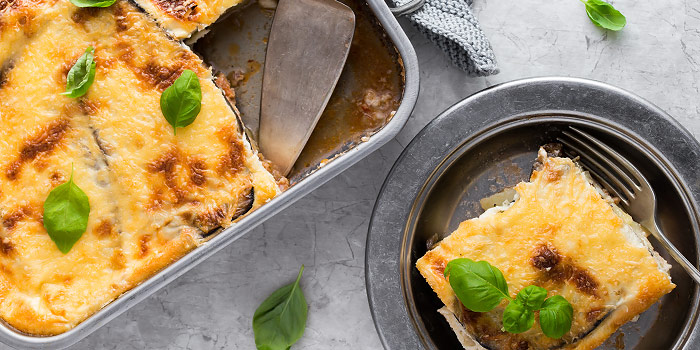 Heat 2 Tbs. butter in a 12-inch ovenproof skillet over medium-high heat. Saute onions until tender, about 5 minutes. Add garlic, cinnamon and cloves; cook about 1 minute. Add meat, stirring to break it up, and cook about 5 minutes. Stir in tomatoes and raisins; simmer 10 minutes.

Arrange eggplant slices on a cookie sheet. Brush both sides with remaining oil, and season with salt and pepper. Broil on upper oven rack, turning once with kitchen tongs, until golden brown, about 5 minutes per side.

Pour the meat mixture into a casserole dish. Lay eggplant in a single layer over meat mixture. Whisk egg into mashed potatoes; spread over eggplant. Bake at 400 degrees on lower rack until sauce is bubbly and potatoes are browned, about 20 minutes.

Here is my go-to Smoked Chicken and Vegetable…

Want a quick and delicious meal that will…